This has been my first semester in teaching at Taylor’s University in Subang Jaya, Malaysia. I found that like a lot of students in countries outside of the West, they do not value or appreciate their own culture as much as those they seen on the Internet — Google, YouTube, American movies, advertising, etc. My co-teacher, Yip Jinchi, and I really struggled to get the thirty-seven students in our Principles of Design class to look around their environment as sources for their projects and to appreciate their own culture. We had weekly exercises that were to utilize the various design principles such as symmetry, pattern, texture, balance, etc. They were eager and interested but inevitably their major source of inspiration were images found on Google. Most of these images were very Western. Girls tended to imitate the mawkish Disney characters and environment and the boys were charmed by ads, Western music videos and other aspects of Western pop culture.

They were sincere in their efforts and really quite unaware of how far they were from their everyday reality. We struggled with having them understand and apply the design basics and thus allowed for any number of materials and methods until the last part of the course. Here we had assigned longer projects that required that they use their own environment. The first one was to create a self-portrait. This could take any form and it made them look a little closer to home. Another of the projects was to translate a place into visual terms by analysing it in both the night and day, weekends/weekdays, etc. They began to have to look around themselves. They had to leave their computers. There was some strain and torment for them but the work began to be more honest, original, real. Still, they were not appreciating or embracing their environment.

IN the final project, they were asked to take some photos of billboards that they saw along the highways that they travelled regularly. Therefore, they were forced to utilize not necessarily the beauty of Malaysia, but the visual noise, the craziness of the graphics, the extreme size of these graphics, the useless to meaningless messages which often were incoherent or at most at least readable. Rather than embrace this visual pollution they began to see how the natural environment was being replaced by garish visuals and meaningless messages. In most cases, the students became more critical intellectually as well as visually. Most let go of the Disney sweetness and began to make visual statements about the loss that they were witnessing or at the very least tried to understand the need and purpose of these mammoth graphics that they basically had been ignoring every day. 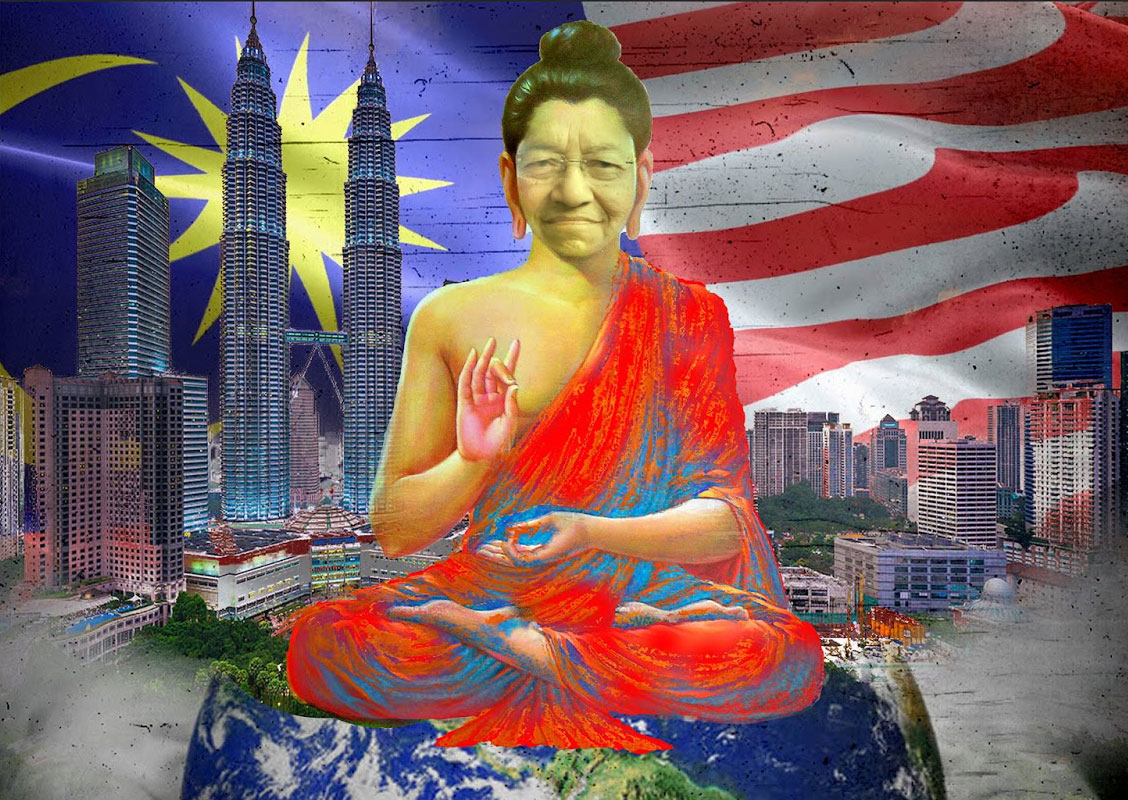 This was a beginning for them to embrace their own surroundings and define some timely issues. They became somewhat indignant of what they had previously ignored. Their designs may still need to improve but they had something to communicate. They had some original perspectives and a growing appreciation of what they might be losing. They began to look around themselves and close their computers.