About two years ago, I came into possession of a Penang bus ticket collection that was started by my mother. Based on her estimate, these were collected between the years 1982–1988, during her schooling days when she was most actively commuting. She has kept them in an album that was meant for stamp collections. While the album was in horrible condition, the bus tickets have fortunately been spared, with only the yellowing of their paper to mark the passage of time. Eventually, I had them sorted by their respective bus companies followed by design.

Like many Penangites in the 1980s, my mother relied on the buses to go to school, run errands at the market, and generally move around the island. She would ride the 93 or 94 buses to and from Tanjung Bungah where she lived. My mother likes to laugh about the haphazard schedules of bus arrival and departure times (or lack thereof). The bus conductor would yell “Tanjung Bungah! Tanjung Bungah!”, and everyone would immediately scramble onto the bus. 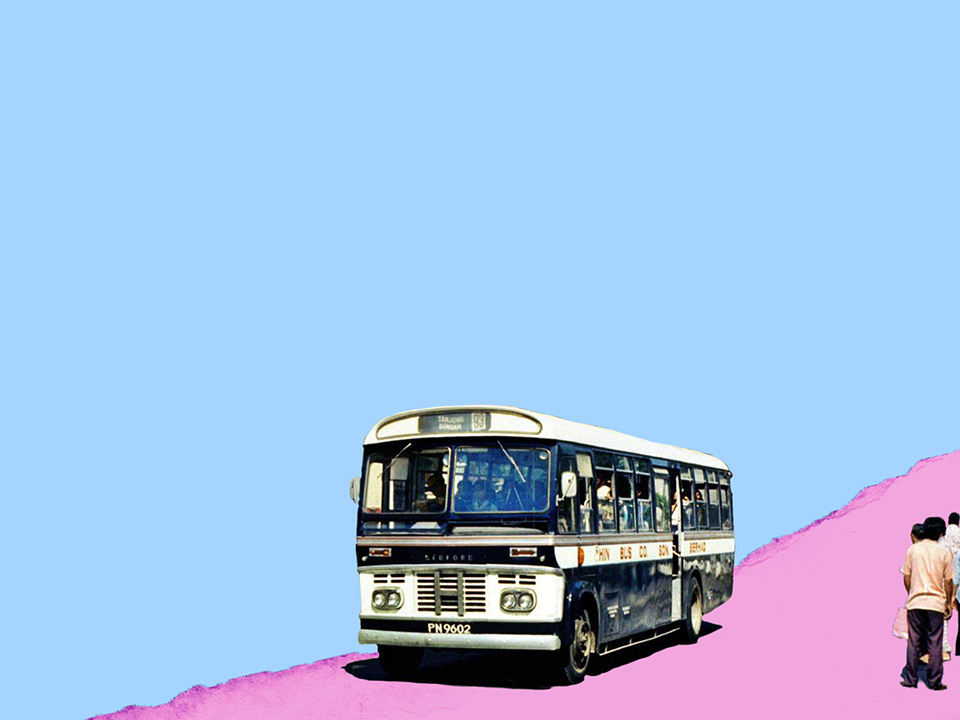 Every ticket would include the following information: ticket fare, series and serial number as well as stations. A series would have up to 9999 tickets. Each time a ticket series finished, the colours would change to the next one, hence my mother’s never-ending quest in collecting the latest “design”. These companies employed the same punch-ticket system that allowed bus conductors to mark the start and end point of a passenger’s trip, and the direction they were travelling along the route. Some companies had their conductors issue tickets that explicitly stated the direction of that specific bus route.

Multiple bus companies competed for business on this one island because each company covered different parts of Penang. My mother quickly learnt to take the Hin Bus from Tanjung Bungah before switching onto a Yellow Bus to reach her tuition centre in Jelutong. Similarly, passengers could identify the correct bus company just by their vehicle designs, from the logo-emblazoned exterior to the colour scheme unique to each company. The popular Yellow Buses of its namesake were so recognisable, that they were fondly called ooi kar (yellow car) by the local Hokkien community.

It’s interesting to see how each company came up with different ticket designs to cater to different routes and needs. Some of these are very quirky in terms of information layout and hierarchy, and quite clever too. More importantly, all of them had a designer (whether or not they called themselves that) thinking about how to fit all of the information onto a simple piece of paper — a utilitarian piece of paper used by thousands of passengers each day.

At times there were tweaks to the layout, or a typeface was changed. Some have tiny decorative elements such as logo patterns as seen in the tickets issued by SJ Kenderaan. Most of them were printed on cheap paper by Phoenix Press Sdn Bhd which is still in operation today! It is worthy to note that the availability of typefaces and designs offered at Phoenix Press (plus other printing presses of the time) might also have influenced the final design of these tickets that needed to work together with their clients to create a legible, functional, and cost-effective bus ticket design. The tickets and their designers were workers behind the scenes of a messy public transport network — together, they make up a part of the island’s transportation and design history.

Perhaps just as interesting are the passengers who commuted daily on these buses. My mother, as one of those passengers, found other purposes for the tickets:

My mother had used the back of the ticket for her science notes, it reads: “Garam fluorid dicampur dlm air minuman utk mengurangkan kerosakan gigi.”

Remnants of Penang’s private bus services industry are still visible today and scattered across the island, most famously the Hin Bus Depot along Jalan Gurdwara (then known as Brick Kiln Road).

According to the Hin Bus Depot website, the depot belonged to Hin Company Ltd, one of many private companies awarded motorbus licenses to operate on the island as part of the colonial government’s effort to restore George Town after World War II. Each day, the Hin Buses carried passengers along the Northwest route from Prangin to Tanjung Bungah, and more along the western seaboard to a terminus in Teluk Bahang. The bus depot itself was built in 1947 to house and maintain their buses, sprawling over 60,000 square feet which included “…eight shophouses on Jalan Gurdwara and three others facing Jalan Kampung Jawa Lama.”

The company went through a few changes in the ensuing decades from being absorbed by Koperasi Gabungan Negeri in 1973 to being acquired by SJA Group in 2000, to finally ceasing operations in the early 2000s. The depot itself was shut down in 1999, fading into the background of a rapidly-transforming island advancing into the new millennium.

The bus depot finally received a new lease on life when Lithuanian artist, Ernest Zacharevic, took up the space for his 2014 exhibition Art is Rubbish is Art. Since then, the space has transformed into a creative hub that includes a gallery, artist studios, start-ups as well as several food and beverage outlets and retail outlets. Some of the old tenants such as a coffee shop and hardware shop are still operating within the premises. The depot also hosts a weekly pop-up market, and is a popular venue for festivals on the island. The Culture Trip (2018) called it “Penang’s centre of subculture”, while Penang Monthly saw it as a successful case of creative placemaking.

There is also the Penang Yellow Bus Depot, quietly tucked away along Jalan Teluk Kumbar, Bayan Lepas. From what Google Map shows, it looks like it’s being used as a tiny waste recycling centre. The building is much smaller than Hin Bus Depot, with its rear side facing the sea (Timothy Tye, 2013). Just like Hin Bus Depot, the Yellow Bus Depot building shows similar influences of Art Deco, particularly at the entrance. Penang Yellow Bus Company stopped its operations on January 2004 after plying for the past 58 years, citing financial losses and stiff competition from other transport services (Ng, 2004). 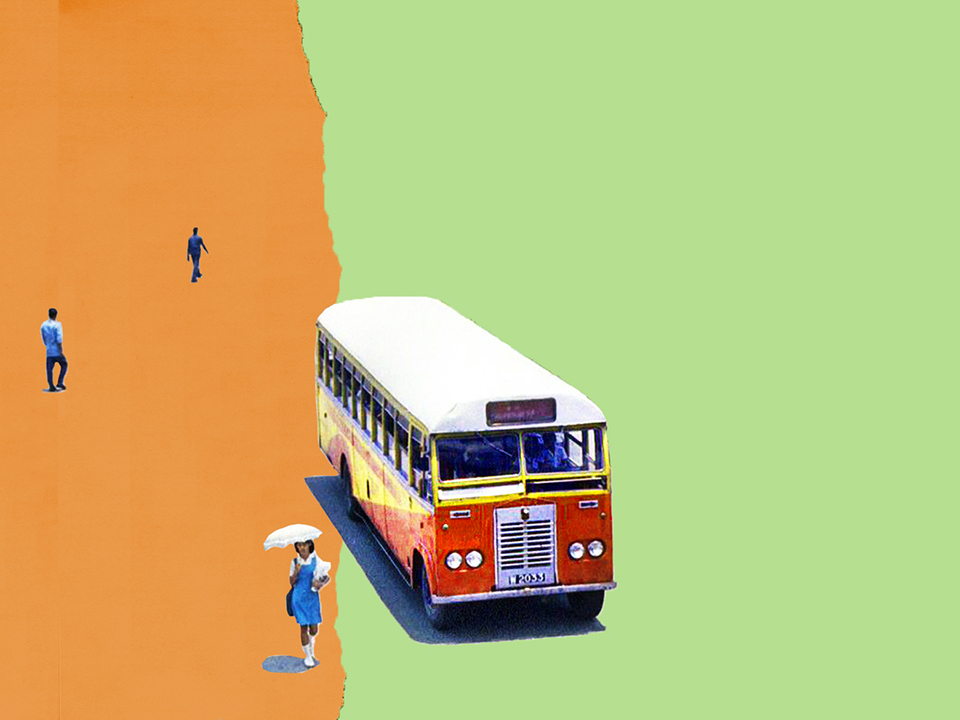 A humble typographic experience, these tickets are testament to the influence of design in our current daily lives and the lives before us. Design artefacts like these provide us with glimpses of a past and forgotten landscape, and allow us to gain greater context of our own design history. So take a ride down memory lane, but take notes too. Listen to what history is telling you. It’s vital that we continue to seek out and share its’ stories.

The author would like to note that the information contained within this article has been sourced from a combination of oral anecdotes, online news articles, and blog posts. If the reader has any reliable information/lead on the article subject, please do not hesitate to reach out to the author via email.